Home > Explore > Media Center >How strong is drone that broke four world records in a row?

How strong is drone that broke four world records in a row? 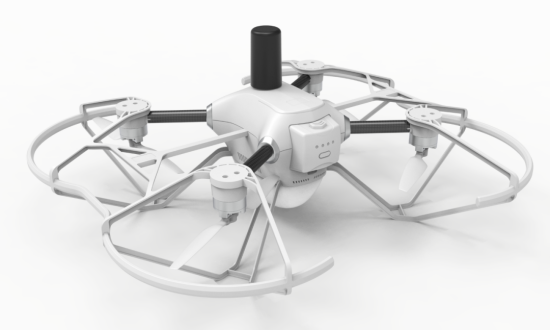 Listen to the lights, adapt to the warmth

The new supporting software for Fly dance formation flight helps each performance to be safer and more intelligent. During deployment, all aircrafts only need to be placed according to the dance position map, and one-key numbering can be realized in the background, eliminating tedious manual posting steps, and innovating the layout efficiency; during the flight process, the missing drones can be supplemented in the air. to further enhance the performance.

RTK positioning system combined with dual iMU sensing units allows the aircraft to hover accurately anytime, anywhere. Through the ground host computer, the aerial drone can be controlled to pause at a specific position, and then start the go-around again at a specific time point, which is a perfect match. Various large-scale performance needs.

EMO has been researched and developed by outdoor performance drone organizer HighGreat for many years. It has applied for a total of 35 patents, including 23 patents including formation drone outlier alarm method and system, numbering method and terminal of cluster drones, and drone lamp shades. Authorized.

Using the most advanced RTK positioning technology, compared with the traditional GPS positioning scheme, the accuracy is improved to the centimeter level; the distance between the performance machines is smaller, which makes the dance steps more delicate and the effect is better.

Outdoor performance drone organizer HighGreat has successfully broken four world records. The news has already spread throughout the industry, and this EMO formation drone was used in the record-breaking scene.

5,200 elfs are ready to go, and the spectacle of the sky presented by the fine and beautiful dance steps in the night sky is beyond everyone's imagination. Outdoor performance drone organizer HighGreat has put in a lot of sweat and effort.

Push the boundaries between imagination and reality for unlimited possibilities of drone shows. Drone that broke four world records in a row EMO, your aerial dreamer.