Perhaps you have also heard that Times Square in New York attracts hundreds of thousands of people every year to start waiting at 16:00, only for the zero-point crystal ball to fall, and the ribbons are flying and kissing with your love. The New Year ’s Eve fireworks in Sydney and London are crazy by countless people, and are listed as must-dos for this life.

Singapore ’s waterfront bay is also a landmark for watching fireworks over the years. During the New Year ’s Eve in 2020, 500 drones were dispatched here.

The drone formation debuted twice at 22:30 and 23:50. At zero, a 5-second countdown was performed in the form of a clock. Every minute and second sounded the bell of 2020, causing millions of people to cheer together.

This is the largest drone formation performance in Singapore to date, and it is also the world's most impressive drone countdown. Light and graceful jellyfish, the transparent body changes color with the changing light and shadow, and the night sky turns into a jellyfish corridor.

Deep and shallow waves, the whale rises into the air, rolls and jumps, as if the next second is about to spout water. Free as a wind, soaring like a bird, wings that incite is a yearning for ideals. 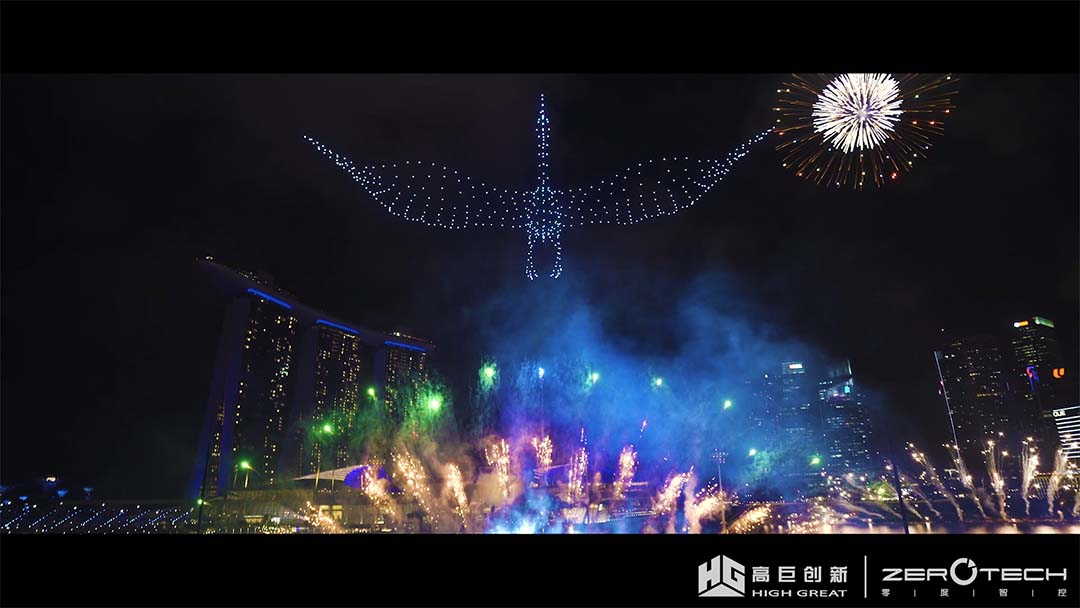 The "boat" sailing under aerial photography seems to be really driving in this vast sea. 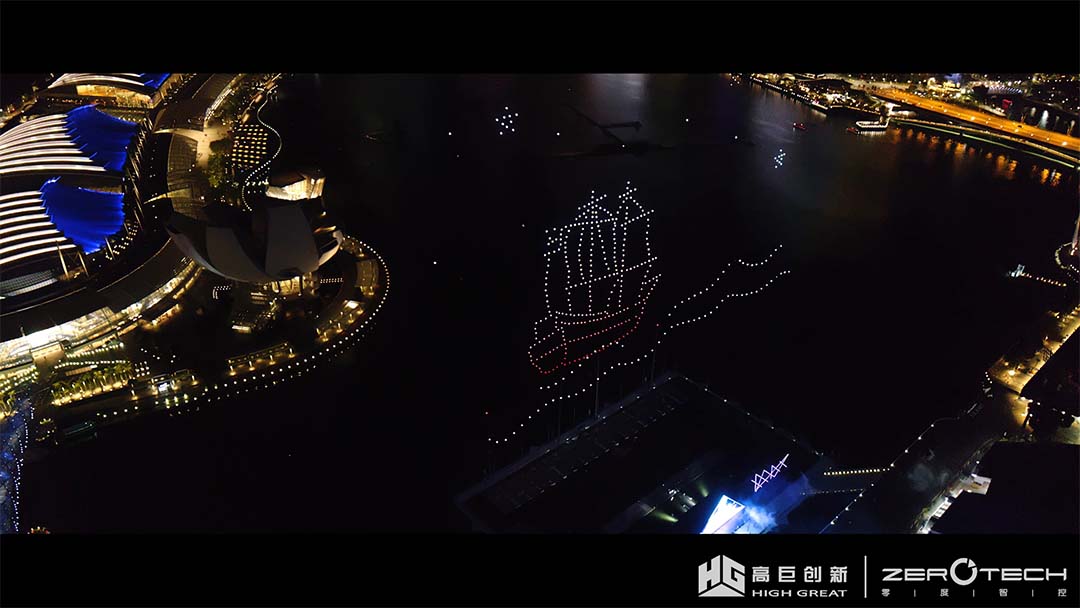 The fishtail lion is to Singapore, just like the auspicious dragon to China. It is a kind of totem and a kind of faith. With long wavy hair, bright eyes and bright teeth, the statue of the goddess Yue Rantian with the music plot, she spoke. 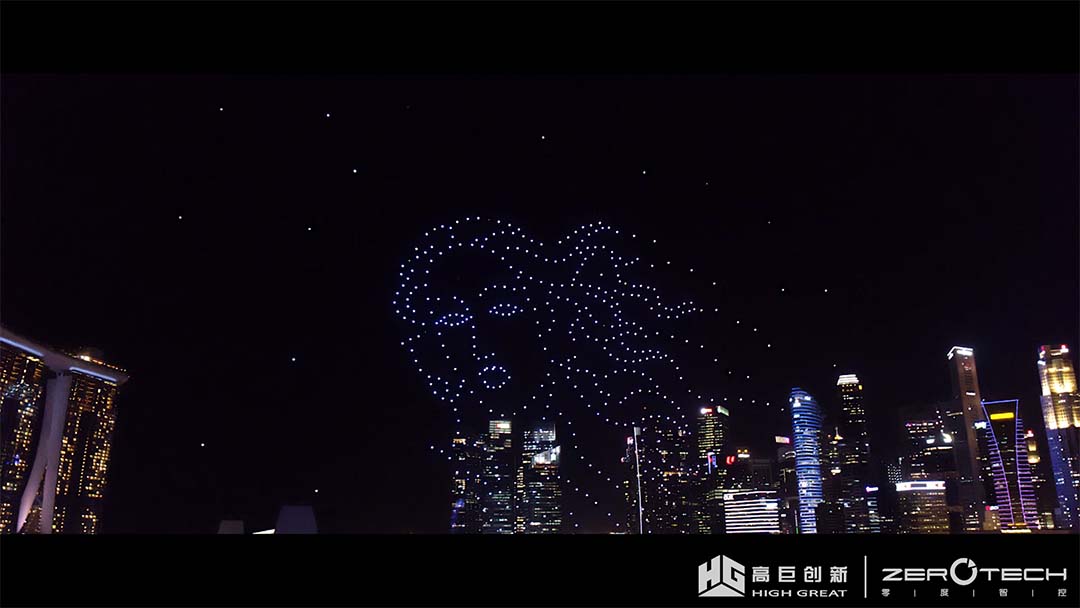 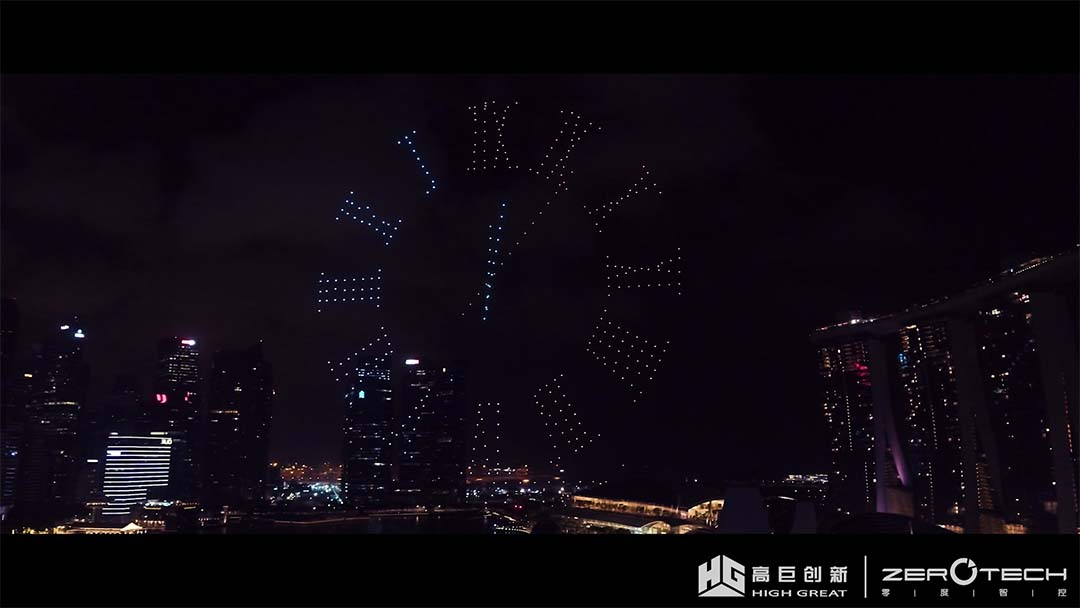